Disneyland Hotel in California pays woman $100,000 to settle lawsuits after she claimed she was bitten by bed bugs that caused serious rash on her ENTIRE body

By Melissa Koenig For Dailymail.Com

The Disneyland Hotel in Anaheim, California is paying one woman $100,000 to settle her lawsuit claiming that she was bitten by bed bugs during her stay and suffered a serious rash as a result.

Dr. Ivy Eldridge claimed in her 2018 lawsuit that she suffered physical and emotional damage after waking up with bedbug bites during her stay at the Disneyland Hotel in April of that year.

She accused the hotel staff of knowing that it had a bedbug issue and failing to notify her about the infestation prior to her stay, according to the suit filed in Los Angeles County Superior Court.

The lawsuit also notes that Eldridge, a vice principal at a Riverside, California, school, ‘endured many sleepless nights and much emotional and mental distress, coupled with other physical conditions associated with severe mental and emotional distress.’

She claimed she received costly medical treatment after developing a rash over her entire body when the bugs ‘sucked her blood until they were gorged,’ and had to take time off of work to endure these treatments.

Photos included in the lawsuit showed welts and bite marks on Eldridge’s shoulders, neck back and ears.

Now, four years later, TMZ reports, the Disneyland Hotel has agreed to pay Eldridge $100,000 for the damages she incurred. 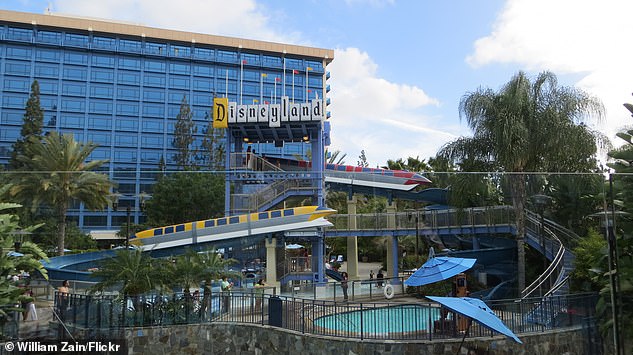 The hotel has now settled her suit, four years later, for $100,000 in damages 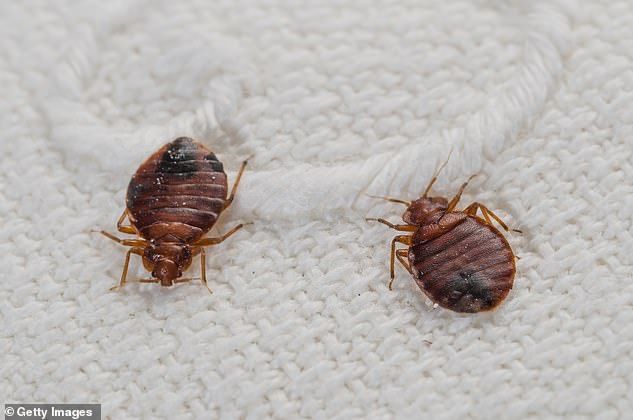 In her lawsuit, she claimed that the Disneyland Hotel knew about the bedbug infestation but failed to tell her about it

Her attorney, Brian Virag from the firm MyBedBugLawyer, Inc., claimed at the time that the hotel ‘did not provide a bedbug-free hotel room.’

He called the Disneyland Hotel’s response to the bedbugs ‘so extreme and outrageous as to go beyond all bounds of decency.’

Virag also noted in the lawsuit that this was not the first time a Disney resort had dealt with bedbugs.

In 2016, Disney’s Grand Californian Hotel&Spa was sued over bedbug problems.

Virag said the issue should have been resolved by the time Eldridge checked in with her family at the Disneyland Hotel.

At the time, though, Disneyland spokesperson Liz Jaeger said ‘these occurrences are extremely rare.’

‘We take extensive preventative measures so that our guests are comfortable and safe during their hotel stays and when needed take aggressive steps to rectify,’ Jaeger told the Los Angeles Times.

But as Virag told TMZ following the news of the settlement: ‘Bedbugs don’t discriminate; they are found in hotels of all quality levels throughout the country and worldwide.’

Business
We use cookies on our website to give you the most relevant experience by remembering your preferences and repeat visits. By clicking “Accept All”, you consent to the use of ALL the cookies. However, you may visit "Cookie Settings" to provide a controlled consent.
Cookie SettingsAccept All
Manage consent